An Island of Boozy Pleasure

If the shape of this island looks familiar, that makes sense—it’s a human skull, doing double duty as the so-called “State of Inebriation.” This satirical map, made by H. J. Lawrence in 1931, “lampoons Prohibition in its final days,” writes PJ Mode, a collector whose trove of maps is accessible through Cornell University. “Soused sardines” pass through the Whiskey Strait and swerve right toward Cocktail Inlet and Port Wine, which sit south of the lighthouse at Intoxication Point. A weather report in the lower-left corner forecasts a “gradual rise in temperature while drinking.” 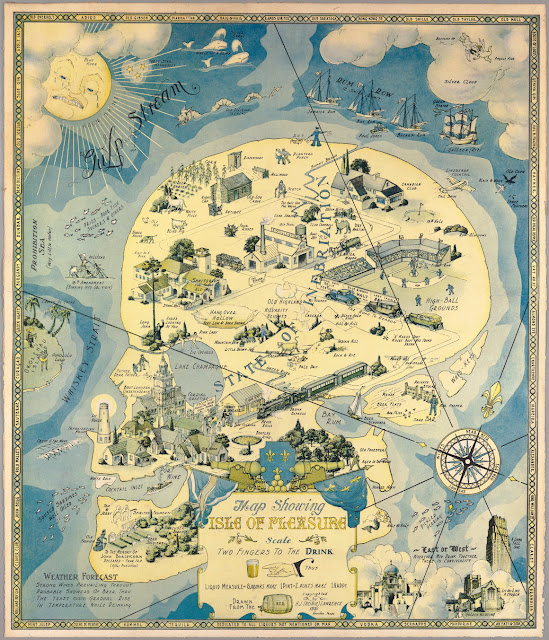