Been a bad week ....... In Honor of George W. Bush's rehabilitation, go have a drink 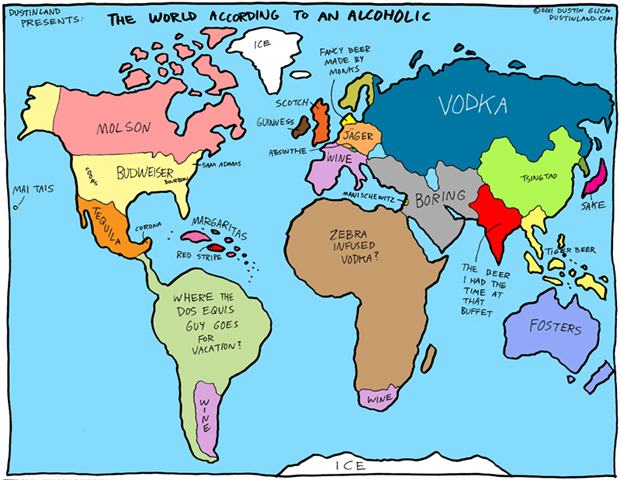 Posted by bearsense at 10:05 AM No comments:

Stumbled upon this little gem......
Couldn't find a definitive list of the musicians for the track, so I'll just include all the names I could find.

One thing that's seemed to escape notice in the Congresscritters rush to restore funding to the FAA is that they did it just as they started a week long "break."  Obviously, their getting priority treatment through the security lines isn't enough to overcome the possible enroute or tarmac delays. 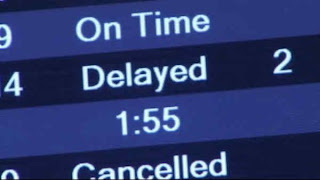 Maybe there are some other things that will get restored once these primadonnas are personally affected.
Posted by bearsense at 9:35 AM No comments: 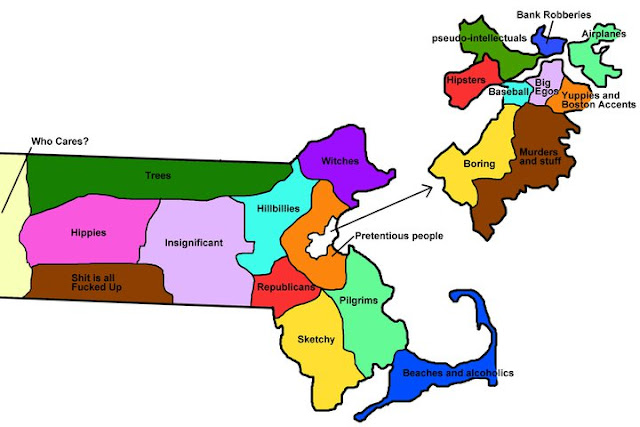 Whiskey Before Breakfast: Another of my all-time favorite fiddle tunes. The musicianship is excellent ..... but when you see the faces, there's a brief disconnect.
Sorry, couldn't find the names of the pickers.

My neighbor has encountered Mom and Dad when out walking his rescued, racing greyhound.
This was shot about 100m from my front door.
There are four kits, but one seems to be more adventurous than its siblings.

Well, my recent post about fear was prescient, eh ??? The bombing in Boston was a terrorist act and did exactly what it was intended to do - terrorize. My thoughts and sympathies go out to all who were murdered, maimed and traumatized along with those who loved them. The fortunate fact that so many trained medical personnel and first responders were so close undoubtedly kept the casualty counts from becoming much worse.

Bruce Schneier of The Atlantic has a good column today - and the words Keep Calm and Carry On brought my mind back to the the time I lived in England during the '80s.
In July of '82, I'd gone down to London for the day to have lunch with my cousin. I'd arrived in the Marleybone area early and decided to walk through Regent's Park. Before exiting and heading for lunch, I stopped to watch the Band of the Royal Greenjackets tuning up for their lunchtime concert on the bandstand. I was quite overcome with the "Britishness" of the whole scene and wished I could stay, sit on the grass,  have a beer and enjoy the cultural experience. Alas, I had a commitment and walked away to meet my cousin and her husband. I was approximately 200 meters down the road when the bandstand blew up.
I made it through lunch (with the help of a couple of large whiskies) and was pretty shaken for the remainder of the day.

A couple of years later, my wife and I were riding the tube back out to the northeast end where we usually parked the car. A gentleman in a shabby suit carrying two large shopping bags sat down about ten feet from us on the opposite side of the car. He appeared unshaven and wore a large watch which he repeatedly looked at. He held a copy of the Irish Times and struck his leg with a clenched fist while reading it. Trust me, he immediately grabbed my attention.
Could be that he'd simply had a hard day at work in the "smoke," suffered (like me) from 5 O'clock shadow, had received a nice watch and was in a hurry to get home. This crossed my mind, but I still casually mentioned him to my wife and told her that if he departed the train and left the bags, she was to do exactly what I told he without question or hesitation.
At the next stop, he left the train with his burdens, both physical and whatever anguish the newspaper was causing him.
The point here is that we each need to be more situationally aware and vigilant - reasonably, without letting paranoia replace rationality.

I wonder how many people passed whoever was placing the explosive into the trash cans in Boston and never noticed. Most were probably staring at their hand or talking on the phone, oblivious to everything and everyone around them.  Many more were concerned with the race and that's understandable.

The IRA terror campaign never brought Britain to a halt. We never stopped our travels throughout England and Europe because of any terrorist threats. We readily adopted the British tradition of KEEP CALM AND CARRY ON. We paid attention to our surroundings and looked over our shoulders; but never in fear.

The next few days and weeks are going to be rife with speculation, inconvenience and dicomforting thoughts. It's best to Keep On a Keepin' On and not let the terrorists (of whatever ilk he/she/they may be) win.

Posted by bearsense at 10:15 AM No comments:

Two posts from out there on the intertubes about being afraid:

And Gordon at Alternate Brain forwards a post for all those who have forgotten what " America" is all about ( I know I get the e-mails from folks every day).

One of my all-time favorite fiddle tunes - Big Sciota (or as here, Big Scioty).

Get Off My Lawn div (Meet the Press subsection)

Seems that Fluffy is upset with his neighbors:


Note to David Gregory: If cars are parked in front of your house for a month, send someone else to complain about it.
The “Meet the Press” host made a scene Tuesday when he lit into organizers of the D.C. Design House, located this year on Foxhall Road. The broadcaster was distressed that visitors to the show house had parked on a nearby street, some directly in front of his home, preventing easy access by his crew.

David Gregory earlier this year. (Photo by Jordan Strauss / Invision/AP)
“There are a lot of people clogging up our streets,” Gregory told us late Tuesday.
It’s hard to miss the 6-foot-5 journalist under ordinary circumstances — harder yet when he’s waving his arms and complaining loud enough for everyone nearby to hear. This all went down on the front lawn of the show house, witnessed by several designers and guests at a media preview.
“You could hear all this with the doors closed,” said designer David Mitchell. “This was a very public and immature display. It’s a public street. You don’t get to live in a neighborhood and say who gets to park.”
Gregory said he wouldn’t describe the confrontation as “blowing up.” But, he acknowledged, “I did go over there to complain.” He said that he received no warning about the monthlong charity event (except for a large sign on the empty residence) and that he has contacted his local ANC commissioner. “I’m not happy about it and I hope it gets resolved.”
The parking situation has been tough lately: The French ambassador, temporarily relocated to the neighborhood during embassy renovations, recently hosted a large party. But Gregory flatly denied warning the show-house folks that he “knows all the politicians in town,” as witnesses claim.       (emphasis mine).
Show-house reps said they’ve done due diligence: posting signs, hiring guards, finding parking lots. The ANC board voted last week to restrict parking on one side of nearby streets — and neighbors are getting comped tickets to see the house.
Too bad he can't rouse any anger at the idiots he throws softball questions to on Sunday mornings, eh ??
Posted by bearsense at 8:05 AM No comments:

Almost Time For It To Start Div (2014 subsection)

Time to start thinking of who to let do the damage again, eh ??

I realize that the current situation on the Korean Peninsula is somewhat up in the air, but I defer to Jon Talton. Besides, If Ms Lindsay and Senator McGrumpy are agin'it .......... I just couldn't resist. 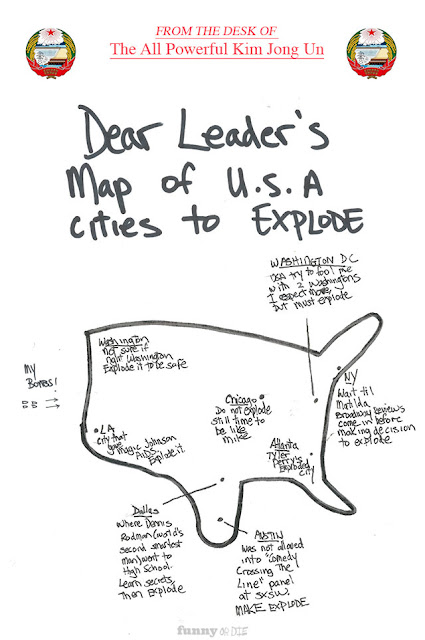 Speaks for Itself Div 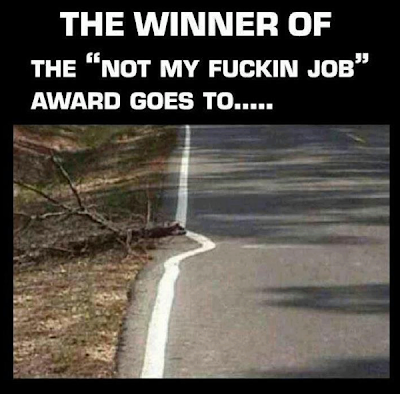 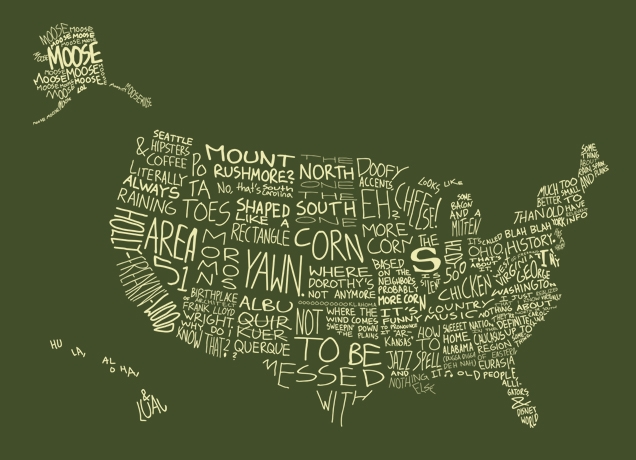 The Bear managed to get 84%  - -  hope you did better than the national average - take the test and see.
Posted by bearsense at 4:30 AM No comments: