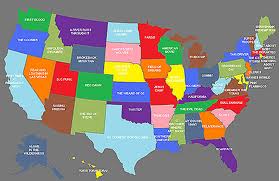 Posted by bearsense at 11:05 AM No comments:

How "snarky" bloggers see America  - -
At least someone recognized Bears !! 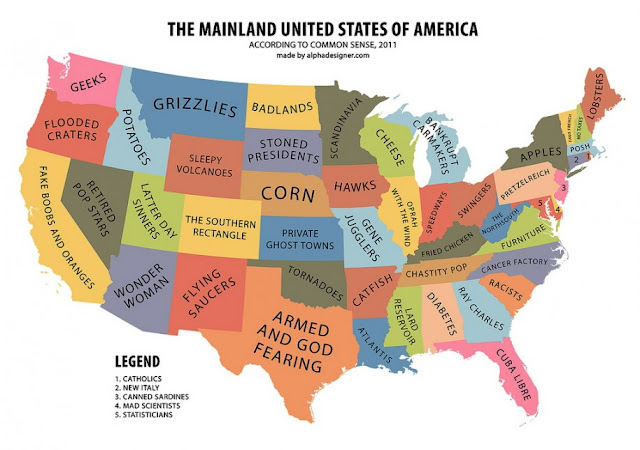 Posted by bearsense at 1:42 PM No comments:

On 12 February, the Birchmere in Alexandria held a memorial concert for the late Mike Auldridge.
The WaPo's Scott Galupo provides the details here. Quite a line-up of Bluegrass legends including (among others) Jerry Douglas and Emmy Lou Harris.Tom Gray is on bass here.
Quite a tribute to a wonderful musician. Hope you enjoyed it Mike.

Hope I didn't step on Gordon's toes.
Posted by bearsense at 4:30 PM 2 comments: 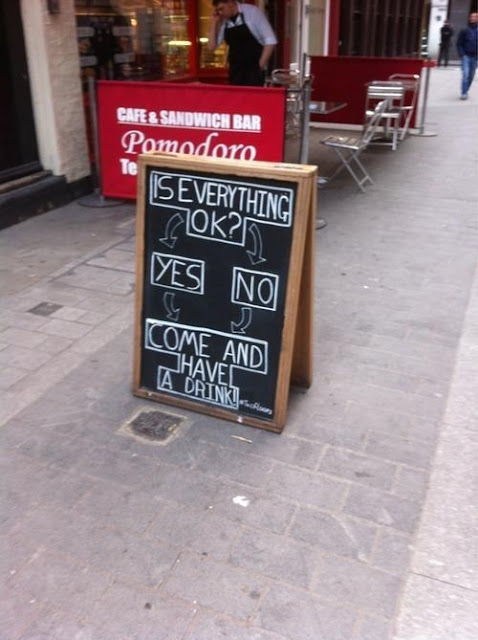 Posted by bearsense at 10:08 PM No comments:

Email ThisBlogThis!Share to TwitterShare to FacebookShare to Pinterest
Labels: Humor

Spent the day and better part of the evening Driving 4$$ (and the Beltway really sucked tonite), so I wasn't tempted to tune the teevee ot any of these new shows. Besides, after reading Hank Stuever's review of three of the latest offerings, makes you appreciate the value of a library card.

This reviews should be put up for an award like they do in England.

** Newton Minnow
Posted by bearsense at 8:36 PM No comments:

And they call it one of the Fun Ships.

When I was in the travel business, I occasionally had to deal with a client that had a bad experience on a cruise. Once I was criticized because the laundry facility closest to the clients cabin was out of service - "very inconvenient." Changes in itinerary were often bitched about, but I told clients that I had no control over the weather, Coast Guard or foreign governments. Usually, they understood.

I can't imagine what abuse any agent is going to receive over this debacle, but if the reports from the passengers are true (and I have no reason to doubt them) it's going to be a real shit-storm.

Carnival always (in my experience) was at the low end of the "desirability" ratings for the big-ship cruise operators. Their fares and itineraries more low-budget and high-volume oriented. But lately, their record of performance hasn't been that great. The Carnival Splendor and the Costa Concordia failures certainly haven't added to the Line's popularity.

Apparently, they're providing the passengers with free beer and wine though, with almost no toilet facilities operating, I'm not sure that's a great idea. I've got a feeling that the hull will require a pretty thorough sanitizing, not to mention the rest of the ship.


Posted by bearsense at 9:38 AM No comments:

Tomorrow, President Obama will, with all the pomp, ceremony and camera angles the media can arrange, perform what has become The Great State of the Union Extravaganza.
Article 2, Section 3 of the Constitution (ours) requires that the Executive "...shall from time to time give the Congress information of the state of the union and recommend to their consideration such measures as he shall judge necessary and expedient ..."
There's nothing that says he has to do this in person. Indeed, many presidents have simply sent them a written report. Look around, I'm sure you'd know what to write !!!
What this thing has turned into is a huge Public Relations gimmick surrounded by sympathetic persons in the galleries, Congressmen and Supreme Court justices mouthing criticism, the President's party applauding and the losers saying "shut up and deal."
There won't be anything said you (assuming you follow something other than FOX News) haven't already heard. Nothing new or innovative and certainly nothing that that group of 535 overpaid, underworked "representatives" will be willing to act on.
After the President's speechifying in the Congressional chambers, the other side (in this case the Republicans) will get their hack on National TV to tell you just how wrong the President was and why they aren't going to support anything he said. We'll even (maybe) get a chance to hear another guy tell us just how wrong both parties are.
Hopefully, you've got a movie recorded or your NetFlix subscription is paid up and can get through the evening with a drink and some popcorn.
Hopefully, I'll be Driving4$$ ...... otherwise, I've got a good book and don't need to be tortured.
Posted by bearsense at 9:46 PM No comments:

New River Train  --
Clarence White and Tony Rice........
Clarence was one of the greatest guitar players around. Started with the Kentucky Colonels and later joined the Byrds. Killed by a drunk driver in 1973.
Tony Rice later purchased Clarence's 1935 Martin D-28.
If you have headphones, Clarence is on the left channel and Tony on the right.

Seems that the Republicans are really struggling to fix up their image. Many writers, including the WaPo's Dana Milbank have spotted the the obvious  - - - the stuff in the package is the same, but clever marketing and a new ribbon will make the sales continue and hopefully, rise.
Obviously, in light of the Republican policies of cutting services, reducing Medicare, Medicaid and Social Security and cutting taxes on everyone (even those without income (WOOHOO!!)  someone really screwed up Mr Cantor's sign for his speech at the American Enterprise Institute: 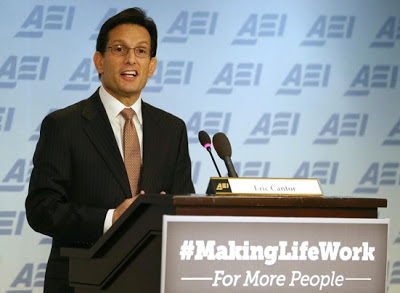 MAKING MORE PEOPLE WORK FOR LIFE
Posted by bearsense at 9:41 AM No comments:

Well, this morning's WaPo revealed a couple of notable passings in the past few days  (the mini-bears have dug up a few more and the contributions from the breaking news goes on) ----

Chris Kyle, author of American Sniper and associate Chad Littlefield shot to death by a former-Marine in Texas.  Though I'm quite familiar with the concept of "getting back on the horse," I'm not sure that taking someone suffering from PTSD to a shooting range is a viable therapy. Didn't seem to work out too well in this case.

Andre Cassagnes, the French-born toy designer who defined Mitt Romney long after his invention had been cast into obsolesce by the digital revolution. No one is sure whether or not the Mittster had any contact with MR. Cassagnes while avoiding the Vietnam conflict.

Richard III - OK, he's been dead for quite a while. - whose remains were found in a parking lot near Liecester, England. Richard was killed at the Battle of Bosworth Field in August of 1485. Rumor has it that the owners of the parking lot are planning on charging the late king's estate five quid a day for use of the property. Figuring an average ofver the years of $1.50 to the Pound, that works out to about to about $3.5 million - - - RIP (and pay up, deadbeat).

Jimmy Lee Dykes  -  the asshole that killed a school-bus driver and took hostage a five year-old, autistic child. Killed when the FBI finally stormed his bunker today. May he inhabit that special place in hell.

Ed Koch  - - - former mayor of New York City. Whether you liked him or not, he was "colorful."

Liberace passed away today in 1987.

Posted by bearsense at 5:56 PM No comments:

Well, what other song were you thinking would be here tonite ???