Well, watching the news (as it is - - BBC, SKY, MSNBC, CNBC and unfortunately, FOX) that's available here in the ship, It appears that the Goose Girl and her Bear escaped the brunt of Sandy.

Last nite, we were subject to the full force of the North Atlantic with 12-16 foot swells and 4-6 foot waves. Fortunately the welcome harbor of Halifax, Nova Scotia was waiting. We'll overnite against the pier and depart tomorrow morning on our celebration of thirty years of marital bliss.
Our ship is wonderful, everything (and I mean everything) is provided. Unfortunately, it seems to be passengered by mostly Republicans. We did have one "run-in" with a couple from Southern California and have decided to not reveal too much about our leanings.
An interesting thing is that the Europeans are very concerned about what the election of Mittens would mean. The Canadians we've met are of a similar mind. One even said that if Mr. Obama isn't re-elected, they would be overjoyed to have him. Both the Europeans and Canadians have questioned whether the American right-wing is living on the same planet that the rest of us populate.
Tomorrow, we're at sea and headed for Boston to pick up with our modified itinerary ....... sailing !!!


Posted by bearsense at 7:32 PM No comments:


Thank heaven (or whatever), the Goose Girl and her Old Klunky Bear will be leaving the environs of the GWTP soon to celebrate the 30th anniversary of their conjugal happiness. We'll be gone before the wonderful celebration of democratic happiness voting event and won't be back 'til after it's over - - -(PS, we voted absentee, so whatever the result, it ain't our fault).
I can't seem to understand how anyone is "undecided."  Given the state of the economy (thank you "job creators"), the intransigence of the idiots in Congress, the stupidity of Mittens and 'lil Budddy and just the simple answer to the question "Which side are you on?"
I guess I could include cites to various and sundry links, but it's a useless process. There's no use to preach to the choir or wrestle with pigs.
Saturday Nite Bluegrass will continue courtesy of the scheduler (hopefully) and perhaps a random thought or two - depending on access.
Should anything of note require comment prior to our departure, see it here.
Otherwise check the places the Bear visits for info and guidance.

Posted by bearsense at 11:00 AM No comments:

Email ThisBlogThis!Share to TwitterShare to FacebookShare to Pinterest
Labels: Blog

I wonder how many have considered the ironic timing of this evening's upcoming entertainment event.

I sure that tomorrow there will be lots of analysis as to which of the three people involved was the real "winner," but I know who is getting a real award. 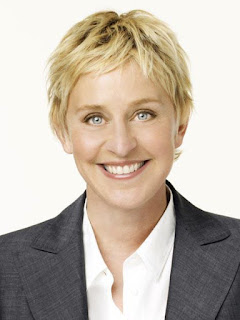 Posted by bearsense at 2:31 PM No comments:

Seems that the GOP in Virginia has to settle for making the fraud it's masters are accusing everyone else of (read: Democrats) a reality.
Jesus H. Christ with a polling stick, can't these people do anything honest ???
Golly, Gosh, Gee ...... where do these folks come from  ??
Like I've said before, Republicans are great at running for office, Lousy at governing.

Posted by bearsense at 8:26 PM No comments:


Posted by bearsense at 4:30 PM No comments:

There are times during the year when certain bodies of water (or portions thereof) here in the Chesapeake Bay watershed need to be avoided due to a rise in bacteria levels or sewage overflows during and after storms. The incentives to not fall out of the boat (or even roll it) are pretty obvious, eh ?

But with ski season almost upon us, why would anyone strap a couple of pieces of lumber onto the bottom of their legs and let gravity drag them down this slippery slope ??

: a depression left in the snow by a skier falling backward

probably from German sitzen to sit + English 1mark(impression)
First Known Use: 1935
(h/t Merriam-Webster online)
is better than the "fall forward" version.
Posted by bearsense at 10:10 AM No comments:

What the debates aren't going to say, eh ??? 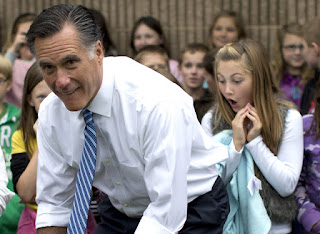 There's been a longtime drought (and at times hope) here in the vicinity of the GWTP for post-season baseball.
However, the Boys of Summer up the road in Baltimore and the new guys down in the District managed to come thru this year.
I figure that Buck Showalter and Davey Johnson both stand a pretty good shot at Manager of the Year in their respective leagues.
No disrespect to Sam Bush, but here's hoping the Nats beat the Cardinals and NOBODY wants the Yankees to win, eh ? So, GO O's !!

Driving4$$ is always interesting. I really love my "little job." It keeps my mind active, gets me out of the house three or four days a week  - thus keeping the Goose Girl sane - - and brings in a little extra money. I never know what time I'll start, when I'll finish, where I'll go or who I'll meet.
I also never know what truck I'll drive  - - - and some are definitely better than others.

Today's vehicle (not of choice) was a 2008 edition with 514K+  miles (we have a couple from 2006 with over 700K) and a radio that was stuck on an AM talk radio station (more later). No access to traffic, weather, news or sports scores (which pax like to know). That info directly impacts route selection or alteration, and the ability to engage the pax in conversation (and maybe increase the "tip" potential).

I remember the days when a radio in a car was a luxury and fixing it required its removal from the dash and the replacement of various vacuum tubes.

The other biggest problem (or annoyance) with today's malfunction was that the first thing I heard when cranking up the truck was Rush Limbaugh. Like I tell new drivers, "I can guarantee, your favorite radio station will not be the passenger's."

I don't like Rush (I don't listen to talk radio or watch the "talking head" programs). He's entitled to his opinion, but he's an entertainer not an informed or educated commentator. He was beating up Jim Lehrer (the moderator of last nite's debate) accusing him of trying to "bail out the President" (I'm sure Rush didn't capitalize that word) and intentionally mispronouncing (and ridiculing) Mr Lehrer's name. This is something he's done to the names of those he disagrees with on every unfortunate occasion I've had to hear his performances. I guess he feels that by ridiculing their name, it decreases the validity of anything they might have said. It's a wonderful tactic and has been used for years.

First, Jim Lerher is a former Marine Officer and the integrity of a Marine (past or present) is their "prime directive." To question this is an offense that requires immediate and brutal slapping down. I worked for and with Marines while on the Joint Staff (and my Dad was a Marine - so I learned early about keeping my "honor clean'), integrity was not negotiable. Mr Rush had no reason to call him out on this (and I hope Jim slaps the shit out of him should they ever meet). Quite frankly, the draft dodging, drug addict doesn't deserve to be breathing the same air as Jim Lehrer.
Second, to ridicule or denigrate anyone's name is beyond the pale. One of the few things that most people have control over is their name. You don't get to choose - if you can afford it, you can have it changed - what name gets put on the birth certificate and follows you around for the rest of your life.
Sure, you may be tagged with a nickname or two, but most nicknames are based on affection, initiation, respect and acceptance (like the assignment of a callsign) into a group. Occasionally, individuals are referred to by an epithet (like "asshole" or "dickwad") which aren't exactly complimentary or affectionate  - -  these folks usually aren't part of the "tribe."

So, I guess I'll disregard what I've written and continue to refer to Rush by any unflattering nicknames I might bestow  - - - as I will Mitt and 'lil Buddy and the rest of these jerks.

Jesus H. Christ with a microphone, I hope the owner repairs the radio !!!!

Posted by bearsense at 9:54 AM No comments:

Once again, had a great weekend on the Eastern Shore (Nanitcoke River, Fishing Bay and various creeks). Decent weather (though heavy rain on Friday nite), challenging water and a great group of people.
Now back to the daily grind of Driving4$$ and listening to the news. 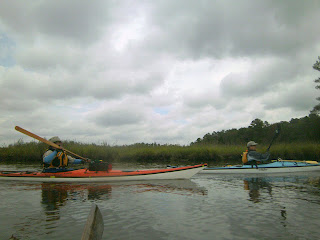 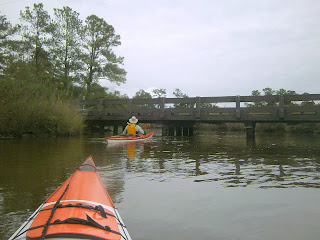 Posted by bearsense at 5:29 PM No comments: