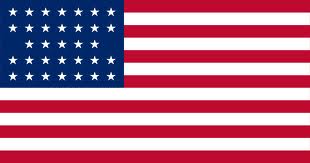 More years ago than I care to remember, when I attended elementary school, we assembled outside at 8am every morning to raise the flag and recite the Pledge of Allegiance. I still remember having to re-learn it, and recall several "stumbles," when the words "under God" were added in 1954 (since school had ended for the year at the start of June, we didn't begin including the phrase until September).

Each year (in the spring as I recall) in addition to the Pledge, the eighth graders would also recite the Preamble to the Constitution (we had to learn it as part of our "Civics" program). I and another student were appointed (because we were Boy Scouts) to additionally leave class 15 minutes early every day to strike the colors, fold them and place them in the custodian's office for storage.

I took and administered oaths many times during my tenure in the Armed Forces, and never got over the feelings of pride and accomplishment for myself or the person I was addressing during this voluntary act.  Arizona's proposed new "Loyalty Oath" for high school graduation smacks to me of other, less savory, places and times when and where such oaths were required. Though the words are similar, the circumstances aren't ................ and I guess that's what rankles.

Added thought: All the oaths I took or administered occurred PRIOR to the commencement or assumption of an activity or office or obligation. The thought of requiring an oath to receive something that one has earned is also objectionable.
Posted by bearsense at 9:28 AM No comments: 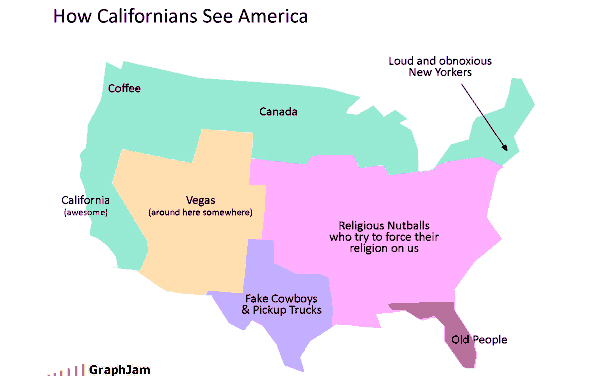 Posted by bearsense at 10:53 PM No comments:

From The Fantastic Expedition of Dillard and Clark  - -  Doug Dillard on banjo and Gene Clark on the harp (harmonica).  Both (sadly) not with us any longer.

Uh ???? Now those wonderful, patriotic, regulation hating bankers are asking the evil, muslim, socialist government to protect them from the various bad guys with computers out there. Perhaps we can ask that they pay the taxes they owe and stop screwing the rest of us, eh ???  Do the words "you didn't built that" ring a bell ???
Here's another one....... GD sez it's lost 2 billion bucks because of DOD cut backs. This is just on the IT business  - -  maybe if GD could build a high-speed train our idiot Congress could pony up some bucks to help you out, eh ??? Why should the taxpayers be the ones to fund corporate profit ???
Posted by bearsense at 5:49 PM No comments:

Every time I read something like this, it makes me think that there are some people that "just need killin'."
Posted by bearsense at 10:21 AM No comments:

Been away from the cave for a few days (did manage to escape the festivities in and around the GWTP) but returned to find that the mini-bears had been surfing again and clamoring for more comments on this and that ........ oh well, let's see
First there's those Republicans down there in Virginny doin' that gerrymanderin' thing that they're becoming so good at. Seems that one of the high mucked-mucks asked the Lt Gov if he'd go along with the program, but was told no (since the VA senate is evenly divided, the LtGov is the tie-breaker). So then they wait for a state senator to go see Barry take the oath and do a quickie vote (on a Federal holiday at that -  can't say those state politicians ann't hard working, eh ?). The Gov sez he didn't know this was a gonna happen, but he ain't quite sure if it's a good or bad thing. (Remember, this is the guy that didn't think shoving something up an abortion candidate's privates was too bad).
When I was the XO of a unit, I made sure the boss knew what was going on (I might not attach names to events, but I damn well told him what folks were thinking and saying.

Subway sandwiches has declared war on the National Bureau of Standards !!! The "foot" has suddenly become eleven inches. (kinda like outlawing rulers in the house so the 'lil woman won't really know how much six inches is, eh?). Controversy started down under, but has spread to the States - now, law-suits are appearing.
On the teepee, I see them touting their "foot-long" pastrami. You know, they don't even have rye bread.  (And they're encouraging you to put pickles and other condiments on it too - haven't they ever heard of sauerkraut) ???  Who in the hell eats pastrami (or corned-beef for that matter) on anything BUT rye bread ?? Milton Berle once said, "Anytime a person goes into a delicatessen and orders a pastrami on white bread, somewhere a Jew dies." Then again, Subway can't be considered (by any stretch  of the imagination) a deli.

Up the road, a former Methodist preacher has found an alternative to divorce. Gives new meaning to the phrase "'til death do you part," eh?

Everyone's favorite aged rock-n-roller and dingbat patriot Ted Nugent has volunteered to lead the militia against something, somewhere, sometime soon. I think it involves black helicopters, the noise of which have caused something to rattle loose in Teddy's head ( or perhaps it's simply his tiny brain rattling around in there). Ted's worried someone's going to come and take away his guns ....... I'm worried someone isn't.

OK, there's a few things to keep ya busy. Hopefully the mini-bears will go back to sleep.
Posted by bearsense at 7:03 PM No comments:

After mentioning her last week, thought it only apropos to show just how good she is.
An old Earl Scruggs standard, "Bugle Call Rag."

I think Wiley has figured it out

Posted by bearsense at 11:57 AM No comments: 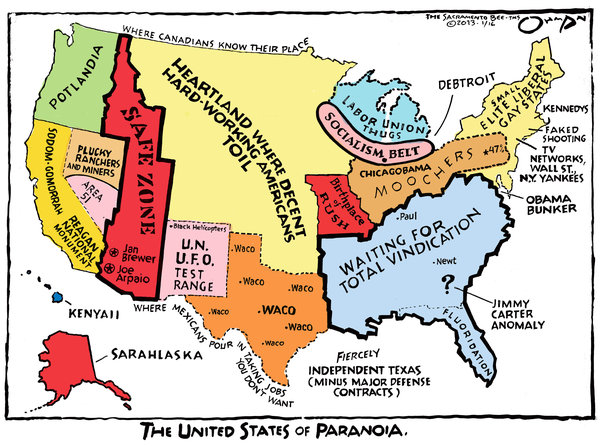 Posted by bearsense at 2:13 PM No comments:


Over the past couple of days, the mini-bears have been bugging me to comment on something
profound.
Yeah, right ......... Like there's a shortage of possible topics out there. Hmmmmmmm, let's see  - - (links provided, do as you please).

One of the denizens of the country's oldest statehouse has blamed the push for gay marriage for his descent into drunken boating and seriously injuring a 5-year old girl. I've seen these guys at work (both the legislators and the boaters) ..... many aren't any good at either.

The Congressscritters down in the GWTP continue to ignore the problem and hold a gun to the nation's head. Please get it folks, paying the credit card bill is different than taking out a new loan. (I know, hopeless thought).

Folks everywhere are up in arms about the possibility of some rational means to insure that some folks who shouldn't be up in arms aren't. (and we're gonna blame the black guy anyhow).

The bicycle guy who never had sex with that er, never took drugs ...... really did. At this point, can anyone believe anything he says ?? (Wonder if there's a way to saddle Obama or gay marriage with the blame?)

Down in Florida (this could go national, folks) the Tea Party is changing it's name. No real thought is being given to changing the ideas that have lead to their cratering popularity.  Lipstick on a pig may be making a return, eh ?  Like the punch line from an old joke, "It is.....Want a toothbrush?"

Sandy Hook was a hoax. Ok, I give up.

Anyway, these wonderful; events  along with the "nut" e-mails I get are enough to make an old bear wish the winter cave was soundproof ...........

Posted by bearsense at 2:53 PM No comments:

I occasionally paddle with a guy from Galax, VA - -  way out in the "toe" of western Virginia. He was surprised when we met that I knew where it was. Anyway ......
Cute video and not too bad a song: "Pretty Little Girl From Galax."

Seems like there's no end to the current debate on sale, possession, carry and display of any and all sorts of firearms. (Caveat: I'm a gun owner).
My in-box is lately the repository of all manner of screeds about how Obama "is gonna come and take our guns" ..... and our babies and our cars and, ........ well you get the picture.

Thing is, this debate is nothing new. I heartily recommend Adam Winkler's GUN FIGHT for a pretty comprehensive discussion of gun control throughout American history. A shorter version can be found here in his article for The Atlantic.

Lately we've seen all kinds of totally irresponsible behavior from those advocating support of (their version thereof) the Second amendment:

Two guys in Portland cause a lock-down of a day-care center and numerous 911 calls by parading through a neighborhood (legally) carrying AR-15 type rifles. Note that the article makes reference to California law (see Winkler's article for how this came about).

A Tennessee firearms instructor has had his concealed carry permit revoked because of his statements regarding his possible response to gun control measures.

A father in Texas is arrested for conducting a "security drill" at his child's school  - -  unannounced,
unofficial and unsolicited.

And I'm not sure that Frazz would want to participate in the program, eh ? 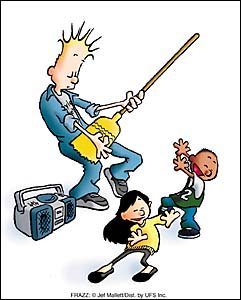 Posted by bearsense at 9:39 AM No comments:

I think all the cliches have already been used - -  butt, (oops) I spit out my coffee when I saw this one. 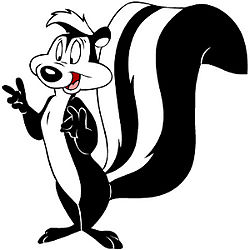 Apparently, clearer heads have prevailed and this problem won't be stinking up the courts.
Posted by bearsense at 9:57 AM No comments:

The only problem with this song is that when it plays, my foot pushes harder on the gas pedal !!!

Posted by bearsense at 5:58 PM No comments:

Might as well start off the new year with a murder, eh ??

An old standard,  "Banks of the Ohio."

What If ??? div (civics subsection)

Probably ain't gonna happen, but what if the President doesn't sign the "fiscal cliff relief act" just passed by the House ??

Article I, Section VII, subsection 2 of the Constitution deals with the procedure for bills to become law. The President must either sign the bill or return it (veto) to the congress within ten days of passage. Congress has the power to override the veto with a two-thirds majority of each house. However (and this is the tricky part):

"If any Bill shall not be returned by the President within ten Days (Sundays excepted) after it shall have been presented to him, the Same shall be a Law, in like Manner as if he had signed it, unless the Congress by their Adjournment prevent its Return, in which Case it shall not be a Law."


In political parlance, it's called a "pocket veto."


So, I guess the President could just go up to Camp David, kick back and watch TV while the press, pundits and poobahs spin themselves into ever decreasing circles, eh ???

Posted by bearsense at 9:36 PM No comments: