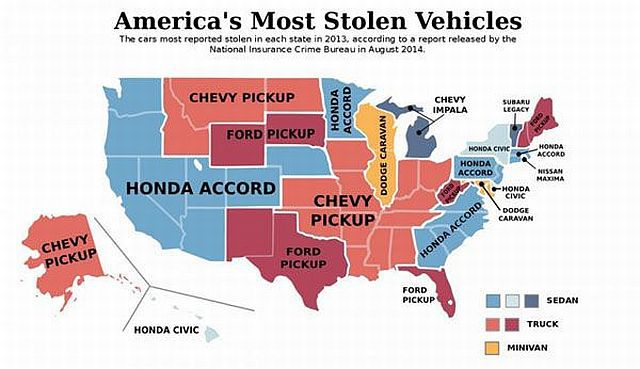 The IBMA Instrumental Group of the Year for 2014, Frank Solivan and Dirty Kitchen performing Yeah Man.

Well, there is a certain population that we've heard a lot from lately, eh ? 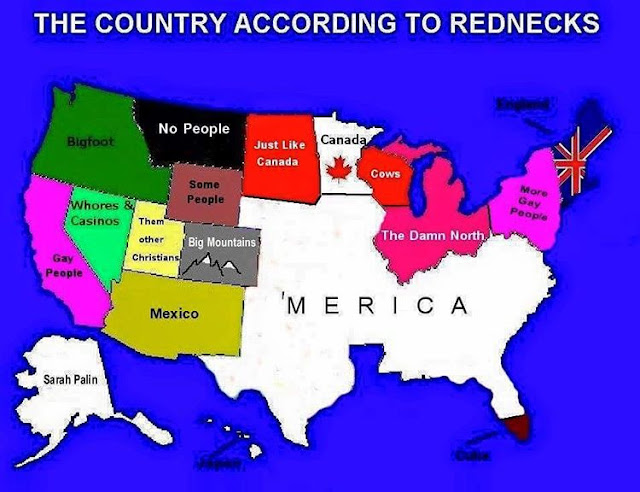 On this day in 1997, Alabama Governor Fob James joined the mayors of Montgomery and Georgina, AL, in the Alabama State Capitol to dedicate a 50-mile stretch of Interstate 65 to the memory of Hank Williams. The section of roadway was renamed the "Hank Williams Memorial Lost Highway."

The song was written by Leon Payne in 1948 and became one of Williams' defining recordings.

Thanks and a Hat-tip to Tengrain over at Mock, Paper Scissors for this: Trump Youth.
As Tengrain put it: "This is scary shit."

Posted by bearsense at 8:27 PM No comments:

Well, by now (already !) many folks will be fed up and simply waiting for November to roll around and get the next one started.
Lots of despair with the choices made by both major parties this time. However, there are, and as in the past, other choices of where to mark a ballot -- and, at least get out there and mark one !! 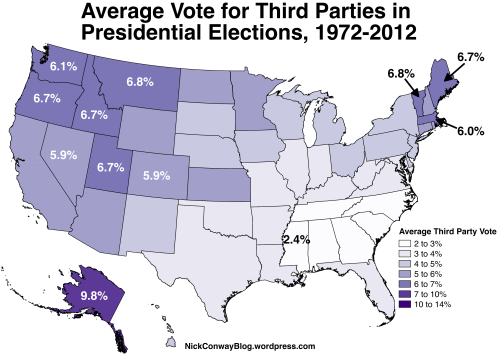 Well the 76th annual Sturgis Motorcycle Rally is winding down. Actually, it's officially over today, but the rumble of the exhaust pipes will probably linger for another few days. The local fishwrapper always has a spread every day on rides, tattoos, and personalities of the participants. Today's article - front page, above the fold, was on this Chris Cox guy selling 'Bikers for Trump" gear.
Here's the prescient quote from the article:

A person working with Cox claimed the proceeds go to the Trump
campaign, but Cox, under questioning from a reporter, acknowledged
that the money goes into his own pocket.


Take a look at the whole article. I'm sure the Great Republican Grifter er, Candidate would be proud.

UPDATE: In my haste to get this on-line, I left out the best part:

Cox does lack one potentially important qualification for a biker lobbyist, which was awkwardly revealed when he was asked about his "ride" for a Q&A in Sturgis Rider Daily, a co-publication of the Journal and the Buffalo Chip Campground.
"I don't," said Chris Cox, founder of Bikers for Trump, "have a bike right now."

Posted by bearsense at 12:39 PM No comments:

One of the groups ( Mashtag ??) at the Black Hills Bluegrass Festival last month did a number I hadn't heard in quite a while. Anyway, here's New Grass Revival from 1987 doing the late John Hartford's Steam Powered Airplane.

Well the full articles are on the front page:  Here    and   Here .

I would expect that the comment sections of the on-line articles will start filling up by noon today and the letters to the editor will show up in a couple of days. Should be fun !!
Posted by bearsense at 8:01 AM No comments:

Well, it appears that the U.S. Board of Geographic Names has decided to rename Harney Peak - the highest point in South Dakota's Black Hills to Black Elk Peak.

The Guv ain't happy and I'm sure the controversy will continue.

Sure is a lot better than what was originally proposed.
Posted by bearsense at 2:01 PM No comments:

Those were DDT's words to a crowd  er, mob in Wilmington, NC today.
His campaign immediately started spinning the reaction and blaming rational, sane people of "mis-understanding" his threat. Oh well, what can you do ?

Maybe DDT should take Mr Kahn up on his offer to provide him with a copy of the  Constitution of the US.

There is a specific method for amending our governing document; and neither the President nor the Supreme Court has one wit to do with it.
After you get your copy,  read Article V (I know, the words are big, but they are in English).  Its the one that tells how amendments are made and ratified (and yes, some amendments can rescind others  - think Prohibition, dummy).

Just in case that's too difficult (oh yeah, right, you don't read), here's a picture:
(Just go down either the left or right column - there, isn't too hard, eh ?)

So, ya see, there ain't no Preznit or Supremes ever mentioned.

Can't you go twenty-four hours without lying or simply showing your ignorance ??

Posted by bearsense at 8:01 PM No comments: 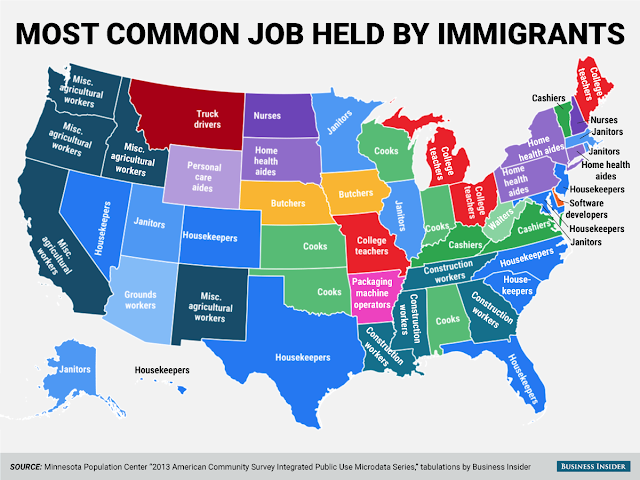 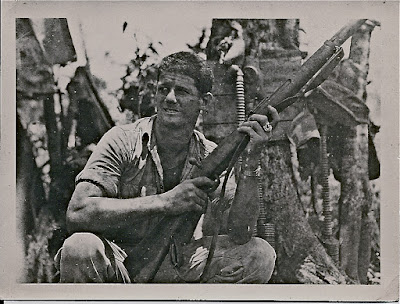 Well, the conventions are over (thank heaven or something)  Let the rank speculation begin !!!


U.S. states based on the most recent time each one helped put a Democrat in the White House. In other words: it shows which states would be the most and least likely wins for Hillary (and perhaps the most and least unlikely ones for Trump) and vice versa.
In blue are the 26 states (plus DC) who voted for Obama in 2012. They include Hawaii, the three West Coast states plus Nevada, Colorado and New Mexico, and most of the Midwest and Northeast. One could assume that these most recent Democrat-voting states are the most solidly pro-Democrat ones. 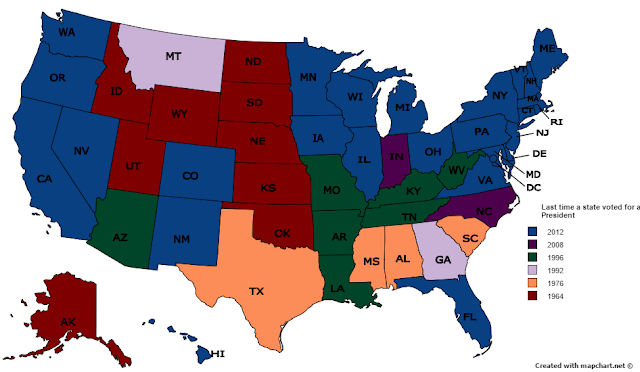 Only two states switched sides in 2012: Indiana and North Carolina (in purple) voted for the Republican Mitt Romney, whereas they had chosen Obama over McCain in 2008. A Hillary win would be less sure here.
The re-election of Bill Clinton in 1996 was the last time these eight states (in green) voted Democrat: Arizona, Missouri, Arkansas, Louisiana, Tennessee, Kentucky and West Virigina. Could his wife pick up these states again after a 30-year hiatus?
In 1992, two more states (in pink) voted Hillary's husband into office: Montana and Georgia (in pink).
We have to go back forty years for Jimmy Carter, the previous Democrat, to be elected president. And 1976 was also the last year that Texas, Mississippi, Alabama and South Carolina (in orange) voted a Democrat into the White House.
And it's more than half a century ago – 1964, to be precise – since the remaining nine states (in red: Alaska, Idaho, Utah, Wyoming, North and South Dakota, Nebraska, Kansas and Oklahoma) helped a Democrat gain the nation's highest office – Lyndon B. Johnson, who had taken over the office after JFK's assassination a year earlier.
H/T  Frank Jacobs -- bigthink.com
Posted by bearsense at 12:30 AM No comments: