Posted by bearsense at 4:00 AM No comments:

Despite all the talk of "inclusion" they still can't help themselves, eh ??
Maybe they just don't get it.
I'm sure she can "make a dress out of a feed-bag," but these jerkwads ain't never gonna be "men."
........... No matter how hard she tries.

Posted by bearsense at 5:59 PM No comments:

Seems that Willard's event at the coal face was staged.
And here's the best part:
"Our managers communicated to our workforce that the attendance at the Romney event was mandatory, but no one was forced to attend,"  Rob Moore, CFO Murray Energy Company. If you care to listen to the 20 minute interview, it occurs at 6:05. For a quick synopsis see this.

Now, get your Funk & Wagnalls out and look up some of the words :
(Note -- definitions from my mac)


** 'When I use a word,' Humpty Dumpty said, in rather a scornful tone, 'it means just what I choose it to mean — neither more nor less.' Lewis Carroll - "Through the Looking Glass

Posted by bearsense at 7:16 PM No comments:

For those having trouble with how the process works: 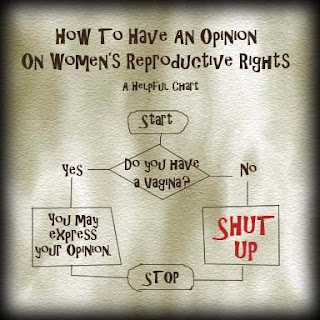 (h/t  Huffington Post)
Posted by bearsense at 7:51 AM No comments:

Well, now they've done it !!! Whoda thunk ???
Wonder just how much "disrespect by association" these idiots can come up with ???
The possibilities are endless and stretch back to the dawn of recorded history, but, no matter
IOKIYAR reigns supreme.
Discuss among yourselves ..............
Posted by bearsense at 10:21 PM No comments: 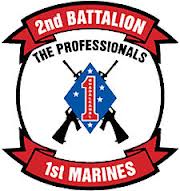 Seventy years ago, the 1st and 2nd Battalions of the 1st Marine Division engaged the Japanese at Alligator Creek (often referred to as the Battle of the Tenaru River).

I guess I'm lucky to be here today, My Dad was there.

My Dad was a Corporal with the Regimental Intelligence Section. He and three others were sent out to establish observation posts. The first was on the Lunga River, and then they were sent to the west bank of the Tenaru River.
#As he told a local newspaper a few years ago: "We put a seat up in a coconut tree and were able to see all the way across the sound with a spotoscope. I saw one of our B17s bomb the fantail of a Jap destroyer and I could see the Japs running around in their skivvies," XXXXXXXXl said.
#He was on duty in the tree early in the morning of Aug. 21 and heard gunfire.
#"I had a cheap tommygun. I climbed down and saw a bunch of Japs coming across the sand and started shooting. After eight shots the gun jammed, so I found a dugout where another Marine had an extra gun, but when his buddy came back, he wanted his gun back. I had grenades. I crawled back to where there were dead Japanese and picked up a sword and made my way to our guns."
#XXXXXXXXXX said he helped get the guns turned from the ocean to where the enemy was crossing the river and helped fire a 37 mm cannon. He and two of his team were wounded.
#"I was not a hero. I just did what came naturally. We use the word hero too much today," he said.
Dad always said that the war was a "great adventure" and that he was lucky to make it to twenty-six. When he was carried off the riverbank, " ... my dungarees were shredded below my knees."
He carried much of that Japanese metal until he died.
SEMPER FI

Posted by bearsense at 7:14 PM No comments:

I'm sorry !! Ever since I was first instructed by the school nurse in the 6th grade (no, I'm not going to say how long ago that was) I knew about that 'lil wiggly thing battlin' all the other 'lil wiggly things to break into that there ovum thingee (and how he got there, .... snicker). As I grew older, I learned just how difficult it was to even get "him" into the competition ( so many obstacles). Later, I learned of the various ways to keep "him" from his goal (and no, I didn't have a latex allergy). I did know, however, when to stop trying. Maybe from respect (which grew over the years) or maybe just from frustration.

Just WTF does this GOP asshole know (even though he sits on a committee for Science)???? What kind of doctors has he been talking to ??????

Jesus H. Christ with a turkey baster !!!!!!   Where do these idiots come from  - -  and this is a Congressman ???  This is a guy who deigns to sit in a deliberative body envisioned by the likes of Jefferson, Madison, and Adams  ?????  Several worthwhile people have come out of Missouri. Harry Truman and Doug Dillard to name a couple ..... this jerk ain't in the same league.

Well, in the course of a week, the initial indignation has managed to morph into '...well, we really didn't do anything wrong, but we accept your generous offer.'

The really telling statement from the offending party that "well over 99.9 percent" of the questioned transactions with Iran complied with all regulations and the few transactions that didn't amounted to $ 14 million.
This brings to mind Schopenhauer's Law of Entropy:
"If you put a spoonful of wine in a barrel full of sewage, you get sewage.
If you put a spoonful of sewage in a barrel full of wine, you get sewage."
These guys are criminals. They not only broke the law, they engaged in a criminal conspiracy to circumvent the laws (and actively instructed their employees in the method)  and they're getting off Scot free  ...........  What a system !!

Posted by bearsense at 8:49 PM No comments:

Posted by bearsense at 11:50 AM No comments:

In this case, maybe they're one in the same.
I remember when things were a whole lot saner in Boulder.
Ya  gotta wonder why the witnessing security guard failed to capture the perp, eh ???
Unconfirmed (and unattributed) accounts state that police reported,  "... the eye-witness descriptions were crappy, but once we caught the scent, we were able to flush him out."
Phew !!!
Posted by bearsense at 8:23 AM No comments:

One of the really great session musicians on the Bluegrass scene.

Posted by bearsense at 5:00 PM No comments:

Looks like one of W. Mitt's staff has screwed up again, eh ??

Its's certainly caused a swelling of the heads (if not an explosion ) within the royalty of wingnuttia.

The fact that the latest ad from an Obama friendly super-pac is a bit over the top  (but remember, the Supremes have ruled that the super-pacs have no contact or coordination with the candidates  - Jesus, what a system) doesn't really lessen the fact that these are many of the same things that Newt said about Mitt  - -  oops, those were super-pacs too, so they didn't coordinate either.

You really think this guy (and the folks around him) are ready to take over the country ???
What's that smell ?
How much of the smell can you stand until November ??? 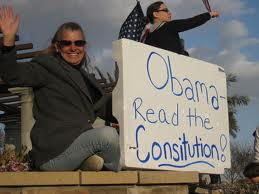 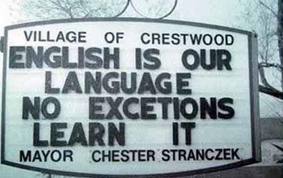 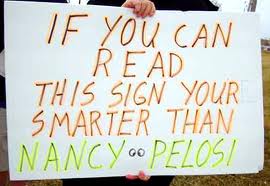 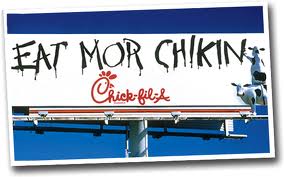 Posted by bearsense at 9:42 PM No comments:

Why don't they simply lock up the offices, shut down all means of communication and simply say "gottcha" ?  Isn't this supporting terrorism ??? (maybe it's ok if you are white, Anglo-Saxon, and rich).

I especially liked this part: “You . . . Americans. Who are you to tell us, the rest of the world, that we’re not going to deal with Iranians.”

Assholes.
Posted by bearsense at 9:30 AM No comments: 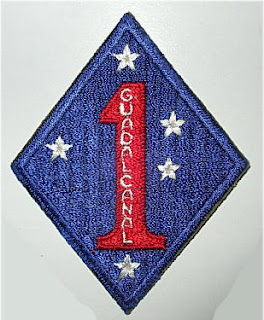 Seventy years ago, Maj Gen Alexander Vandegrifth's  First Marine Division landed on Guadalcanal in the Solomon Islands to commence the first land action by US troops against the Japanese.
Thanks Dad. Semper Fi.
Posted by bearsense at 4:00 AM No comments:

With all the talk about the impending fall over the "fiscal cliff" (brought to you by the Congress and the US Financial Establishment) I've been thinking about how I was brought up .... you know; thrift, saving, careful purchases, etc. I never recalled the use of the term "fiduciary responsibility for shareholder equity." A company made something, they made a modest profit (5-7 % wasn't unheard of and was considered pretty good), reinvested profit in research and development, paid decent wages and just maybe paid a small dividend to stockholders. Hell, for years GM stock was considered safer than a savings account. Think about it, the US Auto industry began its descent when the finance guys took over from the car guys.
One thing I always believed was that "investment" was just that. It wasn't speculation or gambling. Sure I lost money in some companies, and made some in others; but I wasn't the "in 'n out" investor.
Now, our system of investment is nothing more than a bet  .... and the house always wins (even when they lose).
The portion of our economy that is concerned with making "deals" as opposed to making "things" has grown totally out of proportion with the value it adds to the economy, and many of the "instruments" are totally undecipherable to the average investor.
Now even the banks have entered the fray (with your money). I think this would be a pretty easy way to put a stop to it. Another way would be to eliminate the Capital Gains Tax.  NO, NO, not what you think ......... Make it a graduated repeal  -  50% tax on assets held one year or less, and a 10% reduction for each year thereafter. This is probably too simple, but it would certainly cut down on speculation, Another means would be a minute tax (say .001%) on every transaction.
I certainly don't have the answers, but we need to do something before it becomes a question of running out of rope or lampposts.
Posted by bearsense at 1:42 PM 2 comments:

I wonder of Willard will float ????

Posted by bearsense at 9:35 AM No comments:

Posted by bearsense at 5:00 AM No comments: