On this date in 1943, 617 Squadron of the RAF flew Operation Chastise against the German dams in the Rhur Valley. Though the raid was somewhat successful, the dams were restored quickly. Probably the most lasting effect was the 1955 movie The Dam Busters. 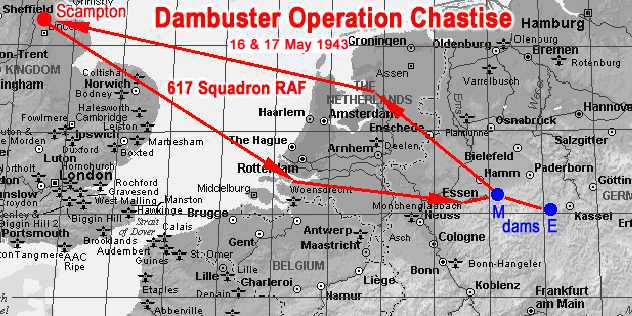 On a personal note, I shot two touch-and go's in an RAF VC-10) at RAF Scampton way back in 1987 as the guest of my neighbor who was Commander of RAF Transport Command's Evaluation Group.