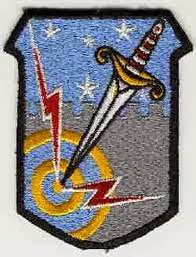 When I entered active duty lo these many years ago, I was assigned to the 490 Strategic Missile Squadron, 341st Strategic Missile Wing, Malmstrom AFB, Montana. Seems that the folks who have followed me almost 50 years later seem to have really "stepped on it while wearing track shoes."

In many ways, I can understand what drove these young men and women to cheat. We had several sayings among the "crew dogs," one of our favorites was, "in SAC the reward for a job well done is less punishment." (this applied equally to the missile and aircrew force - believe me, I worked both sides).

Failure wasn't really an option if you intended to make the service a career. One mistake and you were pretty much assured of never being considered for advancement.
Most of the written tests had minimum passing score of 100% and if you busted one, you got a trip the the head shed and were permitted to tell the "Wing King" just why and how sorry you were. Believe me, "To err is human; to forgive is not a SAC policy" never strayed far from one's mind. And even God couldn't help you if you busted a check ride. (We were constantly reminded that even he/she answered directly to CINCSAC). You were finished. Yeah, you'd be retrained, re-certified and put back on duty, but you better start looking for another career field (and don't expect to get a good FITREP or a "gong" as the door hit ya in the ass).

Pulling alert (and I've been in every 10th, 12th, and 490th capsule in Montana) was quite different than today. Recreational reading was frowned upon (you've got your dash-1 and numerous technical pubs available for your enjoyment). No one was allowed to sleep underground (you never know if that other guy is going to go bonkers or do sumpin stoopid)  - - though our duty consisted of three eight hour shifts with "sleep shifts above ground in-between. There was no entertainment radio or TV (Hey, you've got HF, VHF, UHF, and phones to keep you entertained). And, oh yeah, there was no way a woman was ever going to be allowed on a crew (the wives would have revolted).

Face it folks, it was downright, mind numbingly BORING !!!
Yes, there were the occasional moments when you were required to use your training in handling the day-to-day routine or off-the-wall situation, but it was mostly simply waiting ……. well, you know what for, eh ?

Everyone bitched and moaned, but when it came right down to the nut-cuttin' you pulled your weight. Sometimes you dragged your crew commander or deputy, kicking and screaming through a successful check ride despite their best efforts to screw the pooch. Other times as an instructor or evaluator you tried like the devil to keep from failing someone - and yes, I've been there too.

As I said at the start: Been there, done that.

I have no doubt that the "Culture of Fear" still exists; though I wonder how it can be an effective motivator considering today's geo-political situation. However, there can be no margin for error when dealing with nukes. Just give Command and Control a read and find out just how lucky we've been.

I don't know the answer, but I fully understand the pressure that these young men and women are under. I'm just sorry that their character just wasn't up to the challenge.

*** Every voice broadcast over SAC's Command and Control system ended with those words - and, as you've probably figured out, woe betide anyone that didn't.
Posted by bearsense at 1:14 PM