One of my very good service buddies retired to Michigan - -  the real Michigan, west of The Soo on Da Yup !!
He's since had to relocate to Ann Arbor, so gets a more frequent exposure to the doings in nearby Detroit.
And boy oh boy have they been havin' fun !!!
First, there's the former mayor Kwame Kilpatrick being convicted of corruption. My friend had met him a few years back and described him as a "thug."
Now, the city is on the verge of bankruptcy and an emergency manager has been appointed to help with the turn-around. Let's hope he's successful.
Update, 11AM   --  Apparently, the residents of Detroit aren't happy with the appointment. Ah democracy.
Anyway, here's this week's map: 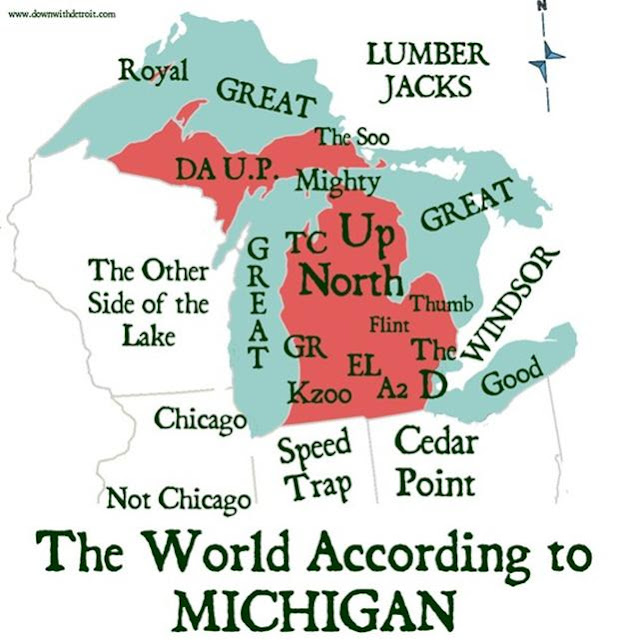 Posted by bearsense at 4:30 AM